Cardiac Arrhythmia's in Swimmers - Ignorance is Not Bliss 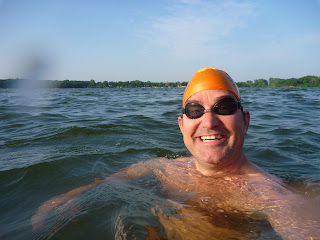 For at least one Olympic champion this summer, competing was a matter of life and death. Srijita Sen- Chowdhry and William J McKenna explain how heart arrhythmias can affect young athletes.
Of all the success stories emerging from the memorable return of the Olympics to its birthplace this summer, one of the most remarkable is that of 16- year-old American swimmer Dana Vollmer. At the age of 12 Dana was the youngest participant at the 2000 US Olympic trials. Four years later she won a gold medal in Athens as part of the women’s 4 x 200m relay team, which set a new world record. Dana’s accomplishments, noteworthy in themselves, are made more poignant by reports of her complex cardiac history.

From newspaper articles available at www.danavollmer.com, it appears that Dana’s cardiac problems began two years ago, when she noticed abrupt surges in her heart rate to 250 beats per minute during training. The tachycardia would last up to five minutes before resolving spontaneously. Since the episodes were erratic and relatively infrequent, a wait-and-watch approach was initially adopted. This continued, even when Dana developed symptoms of impaired consciousness while exercising. During one training session, her vision ‘went black’ several times (‘pre-syncope’), although she did not actually pass out (‘syncope’). The pre-syncopal symptoms did not return, but the tachycardias continued, and a cardiac opinion was eventually sought.

The diagnostic work-up at this stage would typically have included a 12-lead electrocardiogram (ECG), two-dimensional echocardiogram (2D echo), exercise testing and ambulatory ECG monitoring. The latter apparently demonstrated QT intervals exceeding 500 milliseconds. The QT interval is a measure of the time it takes for the ventricles of the heart to both depolarise (contract) and repolarise (relax). In normal subjects, the QT interval after correcting for heart rate is usually less than 440 milliseconds. The possibility of ‘long QT syndrome’ was therefore raised.

Her tachycardias, however, appeared to be due to an additional problem: an ‘extra electrical pathway’, to use Dana’s own words, for which she underwent radio-frequency ablation, the same procedure recently performed on Tony Blair, the British prime minister.

Although Dana’s tachycardias have not recurred, the QT prolongation is likely to persist. Long QT syndrome is a recognised cause of sudden cardiac death in young people and Dana was offered an implantable cardioverter-defibrillator (ICD). Her family declined, opting instead to carry a portable defibrillator, which is on hand during all competitive events.

Dana’s story raises a number of issues relevant to sports physicians. The first is the need to investigate symptoms suggestive of arrhythmia. Atypical chest pain and mild breathlessness are common complaints, the significance of which is often difficult to determine in a population engaging in extreme physical exertion.

However, most athletes will be accustomed to the sensation of their heart rates increasing normally during exercise. The perception of palpitation in an athlete therefore merits further investigation, particularly when sudden increases in the heart rate have been noticed, as in Dana’s case.
Exercise-related syncope is the most ominous presentation. It has been suggested that syncope is the same thing as sudden death, except that you wake up(1); an investigative approach based on this premise is recommended in athletes. Further participation in competitive sports should be discouraged until a thorough cardiac evaluation has been performed and the athlete cleared of any possibility of arrhythmia.

Light-headedness, as opposed to blackout, is a less specific symptom. Stimulation of the sympathetic nervous system, muscle activity and decreased intrathoracic pressure all contribute to increased venous return during exercise. An abrupt stop after vigorous exercise may well cause venous pooling, hypotension and a light-headed sensation. Thus, while dizziness and a fall in blood pressure during recovery may be physiological (and ‘normal’), pre-syncopal symptoms during exercise justify concern, particularly in experienced athletes.

Important causes of palpitation and syncope in athletes include heart muscle diseases, mitral valve prolapse, inherited arrhythmogenic disorders and pre-excitation. Most of these diseases have a genetic basis, reinforcing the importance of obtaining a complete family history. Anomalies in the origin or anatomical course of the coronary arteries should also be considered in an athlete with exertional chest pain and/or collapse.

Notable among the heart muscle diseases are hypertrophic cardiomyopathy (HCM) and arrhythmogenic right ventricular cardiomyopathy (ARVC), which frequently present with symptoms of arrhythmia. Sudden death may be the first clinical manifestation of both diseases, leading some authorities to advocate preparticipation screening of all athletes. Dilated cardiomyopathy (DCM) is more characteristically associated with symptoms of heart failure such as breathlessness and reduced exercise capacity; arrhythmia and sudden death are recognised complications, but seldom the mode of presentation.

Long QT syndrome, Brugada syndrome, and catecholaminergic polymorphic ventricular tachycardia fall under the collective term of inherited arrhythmogenic disorders. All have the capacity to produce malignant ventricular tachyarrhythmia (rapid, dangerous disturbances of the heart rhythm) in a structurally normal heart. Disease-causing mutations have been identified in the cellular channels, receptors, and binding proteins that regulate ion flow(2).

Finally, pre-excitation arises when there is an extra (‘accessory’) electrical pathway within the heart that bypasses the normal conduction system. The atrial impulse is transmitted along this accessory pathway, and prematurely activates the pumping of the ventricle. The pathway may occur at several possible locations, each producing its own distinctive syndrome. Pre-excitation is associated with supraventricular tachycardia (SVT) and atrial fibrillation with a rapid ventricular response rate.
In Dana’s case the history is suggestive of recurrent SVT secondary to pre-excitation, which is frequently cured by burning off the accessory pathway with radiofrequency ablation. At present there is no established link between preexcitation and the other possible diagnosis of long QT syndrome.
Long QT syndrome is characterised by prolonged repolarisation and a predisposition to ‘torsades de pointes’, a form of polymorphic ventricular tachycardia. There are several subtypes of long QT syndrome, related to the specific gene affected; exercise-induced arrhythmia occurs in LQT1 and to a lesser extent in LQT2(3). Swimming and diving are prominent triggers for arrhythmic events in LQT1.
Patients with long QT syndrome are discouraged from participating in competitive sports. However, establishing the diagnosis is far from straightforward, even with molecular genetic analysis. While isolation of a known long QT mutation is confirmatory, at least half of all patients will have defects in genes that have yet to be identified; hence a negative result does not rule out the disease. Clinical diagnosis is challenging because ECG findings may be non-specific and paroxysmal; risk stratification has yet to be fully defined(4).

The diagnostic difficulties are not confined to long QT syndrome, underscoring the importance of referring athletes with suspected cardiac disease to a cardiologist. Abnormalities are frequently subtle or absent in early ARVC, but patients may nevertheless be at risk of sudden death, particularly during highly strenuous activity(5). Furthermore, cardiac investigations may be difficult to interpret in elite athletes because of physiological adaptations to training, such as mild left ventricular hypertrophy and ventricular dilation(6).

However, sustained arrhythmia, frequent ventricular premature beats, and repolarisation abnormalities on the ECG warrant concern(7,8), in spite of previous controversies regarding their significance(9,10).

Management of the athlete with cardiac disease is equally problematic. The clinician is always tempted to play it safe in such instances, discouraging participation in competitive sports and endurance training, and instituting prophylactic treatment whenever there is a perception of increased risk. Athletes are understandably reluctant to relinquish the aspirations and investment of a lifetime. The stakes are even higher for professional sportspeople, in whom a cardiac diagnosis will threaten career and livelihood.
Unfortunately the therapeutic options may be as unpalatable to the athlete as the advice to withdraw from organised sports. Adrenaline appears to precipitate arrhythmia in many of these disorders, notably LQT1, ARVC, and catecholaminergic polymorphic VT. Consequently, the mainstay of medical therapy in these diseases is a class of drug known as betablockers, which counteract the action of adrenaline on the heart. Beta-blockers, however, have the side effect of limiting exercise capacity and performance.

The ICD is the most effective means of preventing sudden death. It has two main components: the pulse generator, containing the battery and complex electrical circuitry; and the wires (‘leads’) that connect it to the heart. The generator is implanted beneath the collarbone, and the leads are inserted through a nearby vein. The device constantly monitors the heart rhythm. On sensing a dangerous arrhythmia, it attempts to pace or shock the heart back into a normal rhythm.

Although ICDs have the potential to be life-saving, their psychosocial impact may be considerable in young patients, and the likelihood of lead-related complications increases over extended treatment periods.

Furthermore, the ICD is incompatible with contact sports because of the potential for blunt trauma and damage to the device. In spite of enhanced sensing algorithms in the new generation of ICDs, the high heart rates attained by athletes increase the likelihood of inappropriate discharge, the delivery of an unnecessary and occasionally dangerous shock to the heart.

Management of athletes with arrhythmia is therefore tailored according to the overall risk profile, tolerance for therapy and individual preference. While the clinician can advise and educate, it is the athlete who must decide whether to undergo evaluation, discontinue high-level activity and accept treatment.

The importance of patient autonomy is perhaps best illustrated by Dana Vollmer’s comment: ‘I basically said that I would rather die swimming than not do it at all.’

This attitude is probably not surprising to marathon and higher level masters swimmers.