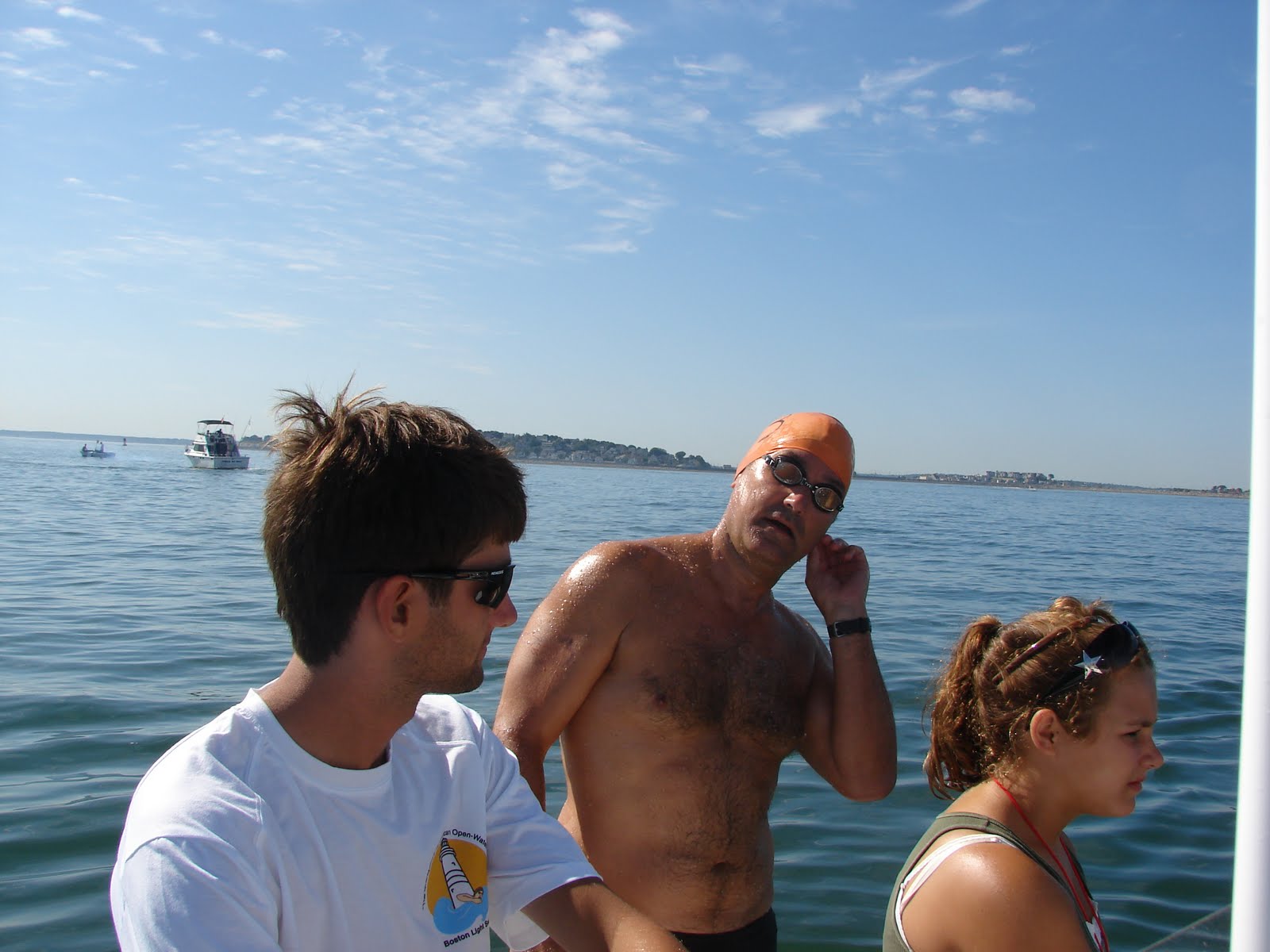 Master Swimmer Don Macdonald knows in his heart that he would be gearing up to swim the English Channel if not for a cardiac arrhythmia that very nearly killed him.

Learning how to "take it easy" after the near-fatal episode, the 52-year Barrington man kayaked 28.5 miles around Manhattan Island on Saturday. Macdonald and his marathon swimming buddy and fellow Barrington resident, Doug McConnell, 56, have completed several similar grueling swims. But for the Manhattan Island Marathon Swim, Macdonald merely offered support from the kayak as McConnell swam the course to raise money in the fight against ALS. 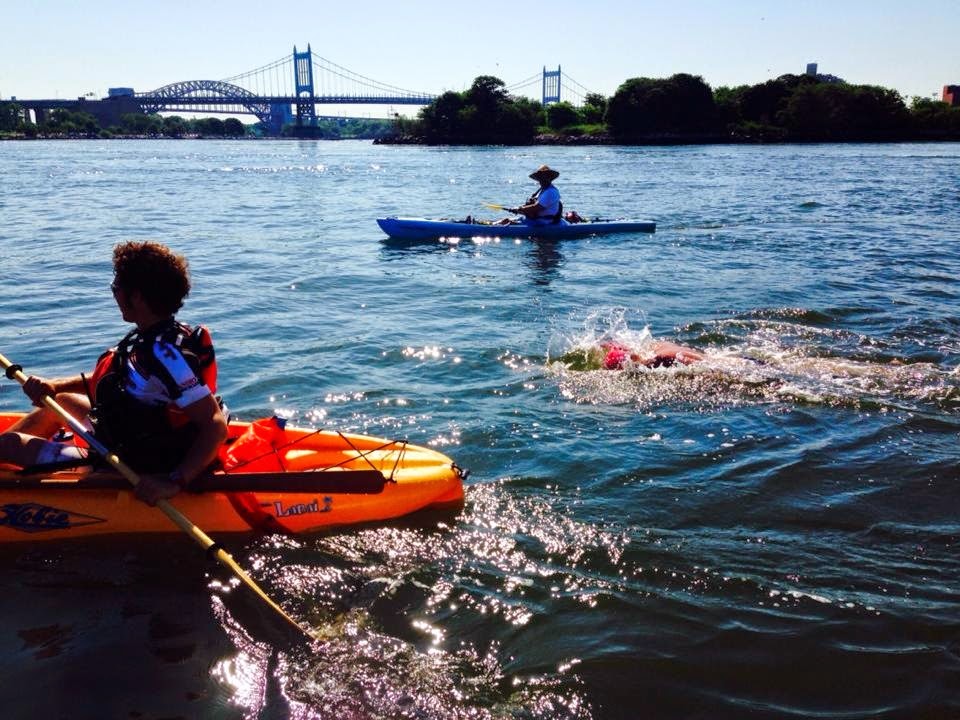 With the tide helping propel his kayak, Macdonald says his effort was more emotional than physical.

"There's value in helping other people achieve their dreams," Macdonald says, recalling how he rooted as his investment banker friend swam the English Channel in 2011 just before a storm wiped out Macdonald's scheduled shot at fame. "You want to revel in his success, and at the same time I say, 'Oh, man, I wish that could be me. I know I could do it.'"

A doctor on the medical team that saved Macdonald's life says the environmental engineer appeared to be in shape for that 2011 trek across the choppy, cold water that separates England from France.

"Fortunately, he didn't get to do the English Channel," says Dr. George Christy, a cardiologist with Advocate Good Shepherd Hospital in Barrington. "Swimming that distance in the cold of water for that long of time, there is a likelihood something adverse would have happened." 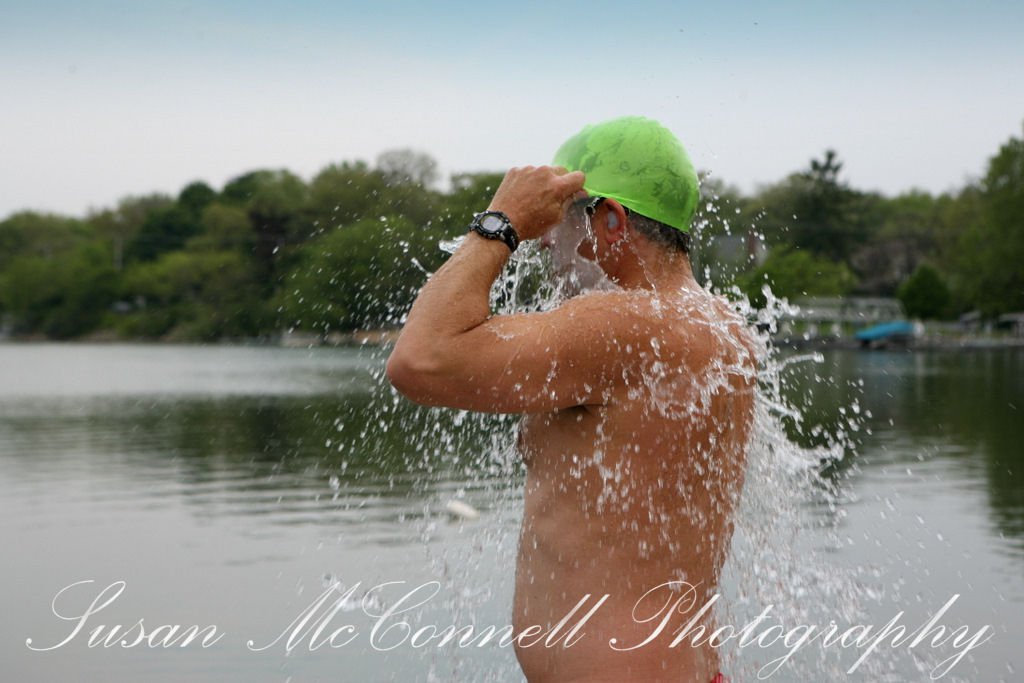 The bad weather that scuttled Macdonald's Channel swim gave the swimmer time to discover that a lingering pain in his shoulder blades was not just a training ache but a symptom of coronary disease.

"Here I am, a guy who swims 25 miles in 60-degree open water, and you're telling me I have clogged arteries?" Macdonald asked in disbelief.

Doctors inserted stents to open his narrowed arteries and put Macdonald on medication to regulate his heart.

"I'm fixed. They put the stents in. Let's go. Woo-hoo!" he remembers thinking. After a year of treatment and several stress tests on his heart, Macdonald was cleared to train again for a Channel swim this September. "Even fit people develop coronary disease," says Christy, who adds that Macdonald developed another problem. "It's a false invulnerability people get, especially when they are endurance athletes. There's an aura of invincibility to some of these guys, and you can't blame them."

Having set swimming records during his high school career in Goshen, Indiana, competed on the swim team at Ball State University, played on the water polo team at Indiana University and enjoyed success as a master swimmer beating younger athletes, a confident Macdonald backed off his medications. "I made the decision to go with the less potent (medication), and it almost cost me my life," he says.

"He goes out for a jog when it's 100 degrees, which I wouldn't recommend for anybody," Christy says. Macdonald ran up to his home in the midst of a block party and "crashed," the doctor says, explaining how the athlete's heart went into ventricular fibrillation, an uncoordinated heart rhythm, which can be fatal.

A retired nurse on the scene performed CPR and a medical emergency team got him to Advocate Good Shepherd Hospital's emergency room within minutes. Knowing Macdonald's tolerance for long swims in cold water, doctors used a device to put him in a hypothermic state that lowered his body temperature.

"Neurological recovery was key," says Christy, noting that hypothermia slows the metabolic process that can cause cognitive damage when the brain goes without oxygen. Tests showed his heart and blood pressure were good. But Macdonald's life was in danger for days.

"Is he or is he not going to wake up? It was all guesswork until we warmed him up," Christy says. 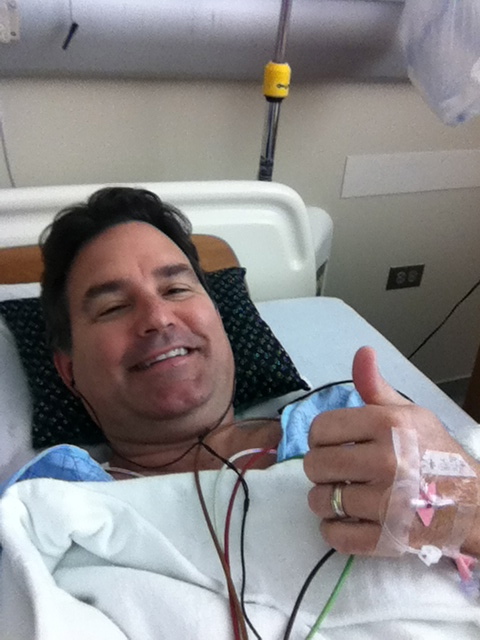 Knowing how close he came to dying and leaving behind his daughter, Rachel, 16, and his wife, Jennifer, Macdonald says he wants others to know the value of stress tests and good cardiac care.

"The harsh reality is very scary," say Macdonald, who practices kayaking in Lake Zurich and on Lake Michigan, but misses swimming. "I have been in the swimming pool three times, and just sort of paddled around. I'd be lying to you if I didn't say it was scary."

Long, open-water swims have been part of his life since high school, when he and pal Steve Conder swam 8 miles across Lake Wawasee in Indiana. Macdonald has completed swims from Alcatraz off the coast of San Francisco and lighthouses off the coast of Boston. He and McConnell swam marathon races in Crystal Lake, Minnesota and Wisconsin.

"We were beating kids in their 20s and 30s pretty regularly," Macdonald says. "One night at the dinner table, drinking some wine, we said, 'How about the English Channel?'"

McConnell became the 48th person older than 50 to swim the Channel and continues to do well in marathon swims. Macdonald, who has a device implanted in his chest to shock him if his heart gets out of rhythm, stays in the kayak. 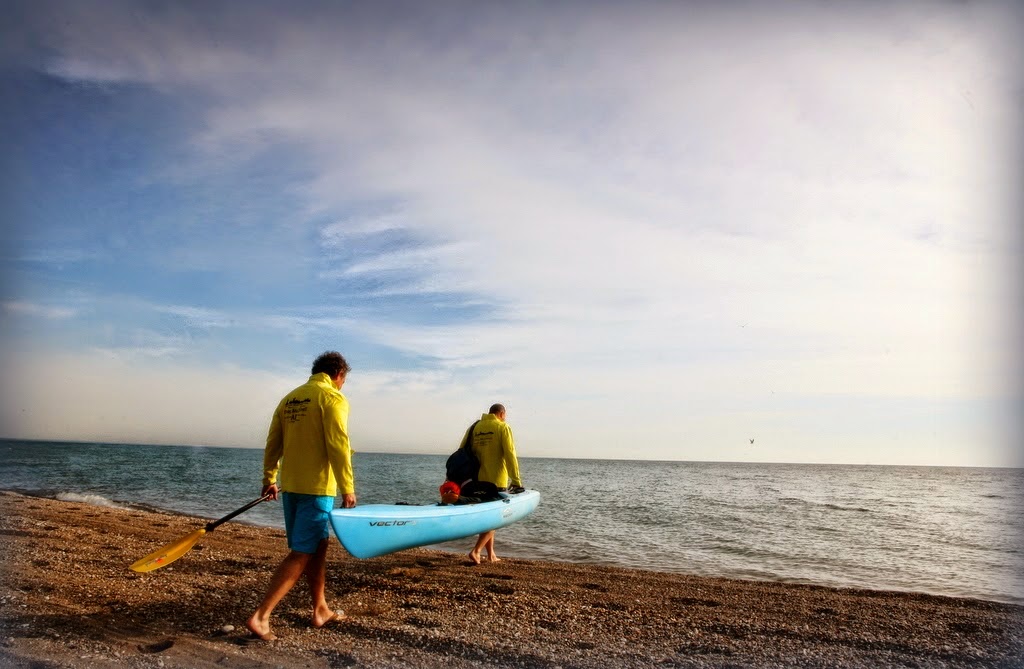 "If it goes off when you're facedown in the water, you could drown. After all this, to die drowning, that would be really embarrassing," Macdonald says. "But I just can't sit on a floaty and hang around. It's not me."

When talk turns to his English Channel quest, he repeats the mantra, "Sometimes you have to let that go." Then he pauses.

"I'll tell you," Macdonald says, softening his voice as if he's sharing a secret. "I'm not so sure about that."