Weather plays an important part in open water and marathon swimming contributing to your success and failure. at its most basic level of influence, even to the degree of difficulty.

Some weather situations drive resulting sea state and large lake conditions from hundreds of miles away in ways that befuddle most of us, frustrate the hope swimmer waiting to go. In the end you must consult and work with local captains, seamen, ports to determine and plan well these variables to minimize the risks and increase your chances of success.

This summer, like last for me, has seen significant weather related "no-go's"but like Mount Everest or any other endeavour of similar magnitude its part of the challenge.

Below, you will find excerpts from the English Channel Google Group from July 18-19th. This exchange from the venerable Captain Oram and others who pilot swimmers in the English Channels show just the sheer variability and sometimes confusion messages that come from mother nature to unknowing swimmers that may not be accustom to terminology. 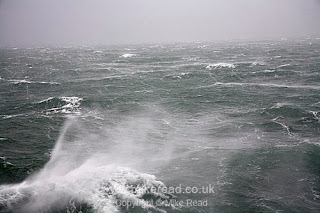 For those of you who are not familiar with sea terminology, I strongly suggest before you plan a big open water swim especially in the ocean or great lakes to spend the time to learn the basics - what force means, sea state, tides and current mapping, etc. Words like "rough", "unsettled" usually are code for really tough swimming in 6-10ft swells, white caps, or worse waves one direction and wind the other copping up the seas. It might just make the difference or at least reduce your safety crew "puke factor" from rolling seas. Once you know the basics trust your pilot/captain and let it go.

In the USA NOAA has great resources for inner coastal areas, lakes and rivers and many web sites exist for shipping and sport fishermen that track similar conditions as well as some national parks that have open water as part of the boundary or lake shore. 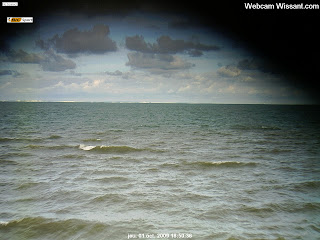 
Looks like we can go swimming as of tomorrow. (not sure exactly when)
All we have to do is wait for the sea to settle.

Looks like it will take a little time to settle


Question: Why do tri-athletes wear wet-suits?

Answer: So these fish don't chew on them!

Posted by One_Stroke_at_a_Time at 8:59 PM No comments:

Doc: The Oldest Man in the Sea English Channel Video

A re-run of the old video file from Doc's English Channel swim and Indiana University Swimming. 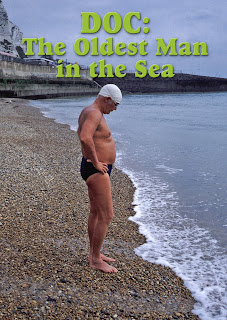 Here is the link: http://purl.dlib.indiana.edu/iudl/general/video/VAC2500


Returning Sept 1- 6th 2014 to Join the over 50 group. Completed my first circumnavigation of Lake Zurich since my medical surprise. Marching back "One Stroke at a Time". 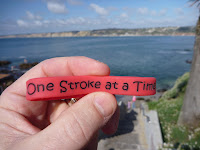 Posted by One_Stroke_at_a_Time at 2:00 PM No comments: